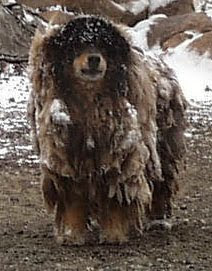 Two people that I met in China died recently. Last week it was Huang Hua, once Vice Prime Minister of China, who entertained my father and the members of his family traveling with him in a dining hall in the Forbidden City in Beijing. More on that later. The other was Joan Hinton, whom I met on a collective farm in rural China. My father led a group of American agriculturalists around China for 30 days in 1984. Instead of just visiting the cities, we spent much of our time in the country so that the agricultural scientists could talk with the people running the large farming operations. Joan Hinton and her husband were on a farm that had a large dairy operation that Hinton’s husband, Erwin Engst, had helped build. The couple had raised their children in China and Mrs. Hinton told me that her son, who had returned to the United States for college, had an accent that for some reason was mistaken as German, not Chinese.

The Hintons wore Mao jackets, which was curious since this was twelve years after Nixon’s visit and eight years after Mao’s death. Most government officials by then were wearing well-tailored Italian suits. My father said that Engst and others had built a very good dairy operation from scratch, and he was impressed. He did not know anything about Hinton and it was only after her obituary appeared in the New York Times in June of this year that I learned of her connection to the Manhattan project and the suspicion that she may have been a spy. The couple struck me as good natured old lefties of the sort that one could still find in the coffee shops along Telegraph Avenue in Berkeley in the 60s talking about visiting Trotsky in Mexico before his assassination by Stalin's agents.

Huang Hua was a very different story and to tell what I know about him requires that I explain why my father was in China in the first place, By the time I went with him in 1984 my father and mother had been to China five times. They had first gone in 1972. When Nixon returned from China my father got a call from Earl Butz, then Secretary of Agriculture, whom my father had known for more than a decade. As my father told it, Butz’s first words were, “You’re going to China.” My father had no connection with China and asked why. “They asked for you,” was Butz’s reply. “But why me?” my father asked. “I don’t know.” In time my father did find out. In the 1950s, he had written up some research he found in a journal published in Hong Kong. The paper had been roughly translated into English and my father saw the results as significant. He wrote about this in several places, but never knew that it had come out of Red China. He told me he had assumed it had been done in Taiwan or Hong Kong. My father’s attention gave the paper international recognition at a time when Chinese research was often ignored by western scientific publications. The Chinese never forgot and when Butz asked if they had a preference about who could lead the first exchange of livestock producers, they asked for my father.

So in late 1972 my father went to China. He met several officials and spoke at the University of Beijing, but he spent most of his time talking to the leaders of collective farms. Because he went to parts of China where no American had been for a generation, his return flight was routed through Washington where he was debriefed by someone from the Pentagon. According to my father, he made a lousy spy because, in his words, "I couldn't tell a missile silo from a grain silo." (Actually I'm quite sure he could, but it was probably his way of saying that the debriefing made him uncomfortable. He thought that agriculture should be outside of politics, if not above it.)

My father kept going back. Several times he asked me to come with him, but the time required either conflicted with school (I was in law school until 1974) or work. Finally I went in 1984. The dinner in the dining hall in the Forbidden City with Huang Hua and his wife was perhaps the most unique event I have ever attended. My father had been dealing with the Vice Prime Minister for years and the two had become friends, but the rest of us were in awe of the man who had met with Henry Kissinger to bring down the barriers that had separated China from the United States since 1949. After the dinner was over and we were being taken back to our hotel, my wife turned to me and said, “Two little nebbishes from New York have just had dinner with one of the most powerful men in the world in one of the most unusual places in the world.” Indeed. At about 3 a.m. the entire group of about 20 were wakened and driven to see Mao, whose body, preserved in an inert atmosphere, had not been visible to the public for some months while his mausoleum was being repaired. There were large plastic sheets hanging around the walls of the room to prevent the public from looking in. The time was selected so that no one would know that an American group had been allowed to see Mao when others were being denied the privilege. It was a favor to my father from Huang Hua.

I wish that I could say that I had seen paintings of Pekingese dogs on the walls of the imperial palace, but I didn’t. The only dogs I remember from that trip were the several varieties of dogs that the shepherds in Inner Mongolia kept for their herds. They are hardy animals. With the cold winds and long winters of Mongolia, they have to be. My mother took some pictures of these dogs for possible inclusion in a revision of The Complete Book of Dogs, which my father never got around to. My efforts to find the pictures my mother took of the Mongolian dogs have so far been unsuccessful. The picture here is from stock photography.
Posted by John Ensminger at 6:30 AM