He Will Be Missed by His Jack Russell: Pets as Bereaved Survivors in Obituaries

Every once in a while I come across a study that I wish I had thought of doing myself.  Such is the case with a paper that appeared in the latest issue of the journal Anthrozoös about companion animals in obituaries.  Four researchers, two from universities in Virginia, one from a university in Maryland, and one from the Institut für angewandte Ethologie und Tierpsychologie in Switzerland, undertook such a study, noting that in newspapers “pets have joined the list of bereaved survivors in the obituaries.” 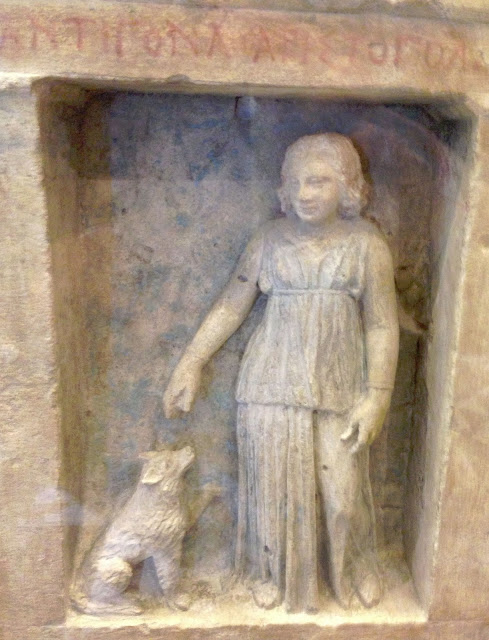 The researchers categorize pets as a type of “fictive kin,” a term used by anthropologists and sociologists to describe pseudo- or pretend relatives, noting that there are “ample references in the literature to companion animals being perceived as and treated as fictive kin or family members.”  Pets are now common in wedding photos and have even served as ring bearers. I am probably taking a risk by admitting that when my wife and I were married in Brooklyn Heights, the wedding cake was crowned by a ceramic bride and groom and, in front of the bride, a small ceramic cat representing Arthur, my wife’s cat at the time and for a long time the only pet in our marriage.

The authors of this study looked at obituaries published in the Washington Post, the Richmond Times Dispatch, and the Zurich TagesAnzeiger (Daily News) from October 8, 2008, through January 7, 2009.  All obituaries were searched for mention of a survivor that was a companion animal or where, in lieu of flowers, donations were requested to be made to an animal-related organization, or both.  After reading hard copies of the three newspapers for a month, the researchers shifted to searching online postings for the following keywords: dog, cat, pet, animal, and companion.  Generally such searches would bring up any obituary that referred to an animal, though the authors acknowledge that some references to birds, parrots, horses, and other animals might have been missed.  Because some obituaries run for several days in a row, cross-reference checks were made in order to avoid duplication.

The Zurich Daily News had only one obituary in the three-month period that mentioned a pet survivor, which happened to be a cat owned by a man.  A few Swiss obituaries mentioned animal charities. Apparently referring to animals in obituaries has not caught on in Europe.

Of 11,818 obituaries searched, 260 (2.2%) listed pet survivors or suggested donations to charities.  Of these, 148 (57%) listed a pet survivor, while 130 (50%) suggested donations.  Males and female decedents were about even in this regard.  More than half of surviving animals mentioned in the obituaries were dogs.  Pet survivors were listed primarily by name.  Charities included humane societies, breed-specific rescue organizations, and animal support groups.  PETA and the American Kennel Club were among recommended recipients.

“Pet” as a term was rarely used in obituaries.  Companion animals were often listed as survivors, sometimes even preceding actual relatives.  An 85-year-old woman was survived by two nieces, a nephew, and “a loyal canine companion, Shirley.”  One obituary listed four daughters in order, the last two, Lily and Lucy, being canine.  Sometimes granddogs were listed.  One man was said to have left “behind his beloved granddogs, Brie Sherwin and Otis Huddleton.  His first non-furry grandchild will arrive in May.”

Obituaries with pet references were for people as young as 12 and as old as 100.  Animals included birds, cats, cattle, cows, dogs, donkeys, horses, and parrots.  The companions were described as “faithful,” “ever-faithful,” “loving,” “loyal,” “beloved,” “devoted,” and “a super pet.”

The effect of the subject’s death on a pet was sometimes stated:

The deceased was sometimes lauded for his or her love of animals.  One woman was remembered “for her gentle and loving nature which embraced not only family and friends but any animal in her care as well.”

“Wayne was an avid fisherman and enjoyed time with his beloved dogs, the late Bubba and Boomer, as well as Bear.”  Thus, even dogs predeceasing the owner were sometimes remembered.

“June was very active in the dog community, often fostering dogs and volunteering for the collie club.”

“Linda’s love for animals generated a houseful of rescued dogs, cats, birds, and a tortoise.”

Sometimes the survivors sought to assure the deceased regarding the care surviving pets were receiving:

“We want him to know we will take care of his beloved pets, Pully and L.C.”

One obituary mentioned pets at the decedent's deathbed:

“She passed peacefully in her home attended by her loved ones and faithful dogs.”

Obituaries sometimes included pictures of the deceased with a pet.

When it comes my time to become a few lines in a newspaper, I hope that someone remembers to mention Chloe, who has certainly achieved the status of fictive kin with my wife and me.  Perhaps the two Cocker Spaniels I grew up with, Sandy and Blackie, are too far back in my history to be appropriate for such a mention, but in any case my father wrote short pieces when they died, both of which achieved some lasting print memory by being combined as the Introduction to The Complete Book of Dogs.

Perhaps there should also be mention of Arthur and Jack, the first being the cat on the wedding cake, the second a cat my wife and I got later.  I wrote a farewell to Jack here two years ago, the only blog in a site on dog issues that is devoted solely to a cat.

The researchers acknowledge that more studies will be needed to determine if mention of companion animals in obituaries represents a steadily increasing trend.  It is to be hoped that they will regularly update this interesting research.  They might also include some analysis of pet obituaries appearing in newspapers, an issue that has become contentious among editors of some papers. In any case, the desire to be remembered for our relationship with pets is ancient, as shown by the first century BC funerary monument from Alexandria (now in the Louvre) reproduced here.  Dozens of similar monuments from the Greco-Roman world can be found in museums throughout the world.
Cindy C. Wilson, F. Ellen Netting, Dennis C. Turner, and Cara H. Olsen. (2013). Companion Animals in Obituaries: An Exploratory Study. Anthrozoös, 26(2), 227-236.

See also Jill R.D. MacKay, Janice Moore and Felicity Huntingford (2016). Characterizing the Data in Online Companion-dog Obituaries to Assess Their Usefulness as a Source of Information about Human-Animal Bonds.  Anthrozoos, 29(3), 431-440.

Thanks to Eric Krieger, Ronald Keats, Suzanne Boule, and Dennis Civiello for comments and suggestions.
Posted by John Ensminger at 6:47 AM