On April 9, 2013, Melodie and James Doud got into the line for a taxi at the Reno Airport.  The first available taxi was Yellow Cab Co. # 132, driven by Mohammed Parvez, who declined to let the Douds into his vehicle, saying that it was not equipped to transport people with physical disabilities.  The Douds were traveling with a motorized scooter which Melodie Doud needed, having lost a leg to cancer. They also were also traveling with two service dogs.  The second taxi in the line was another Yellow Cab, and this driver also refused to take the Douds, alleging that his religious beliefs forbade him from transporting their service dogs. (According to one court document, the driver said to them: “I’m not taking you because you have dogs, dogs are dirty and it is against my religion to transport a dog.”)

A third taxi, from the Whittlesea Company, also refused to carry the Douds.  James Doud then flagged down an airport police vehicle.  The officer approached the fourth taxi in the line, another Yellow Cab, the driver of which agreed to transport the Douds.  This took 45 minutes.  Almost lost in the details of the case was the fact that James Doud was himself an employee of Yellow Cab and may have lost his job because of the action he took against his employer in this matter. 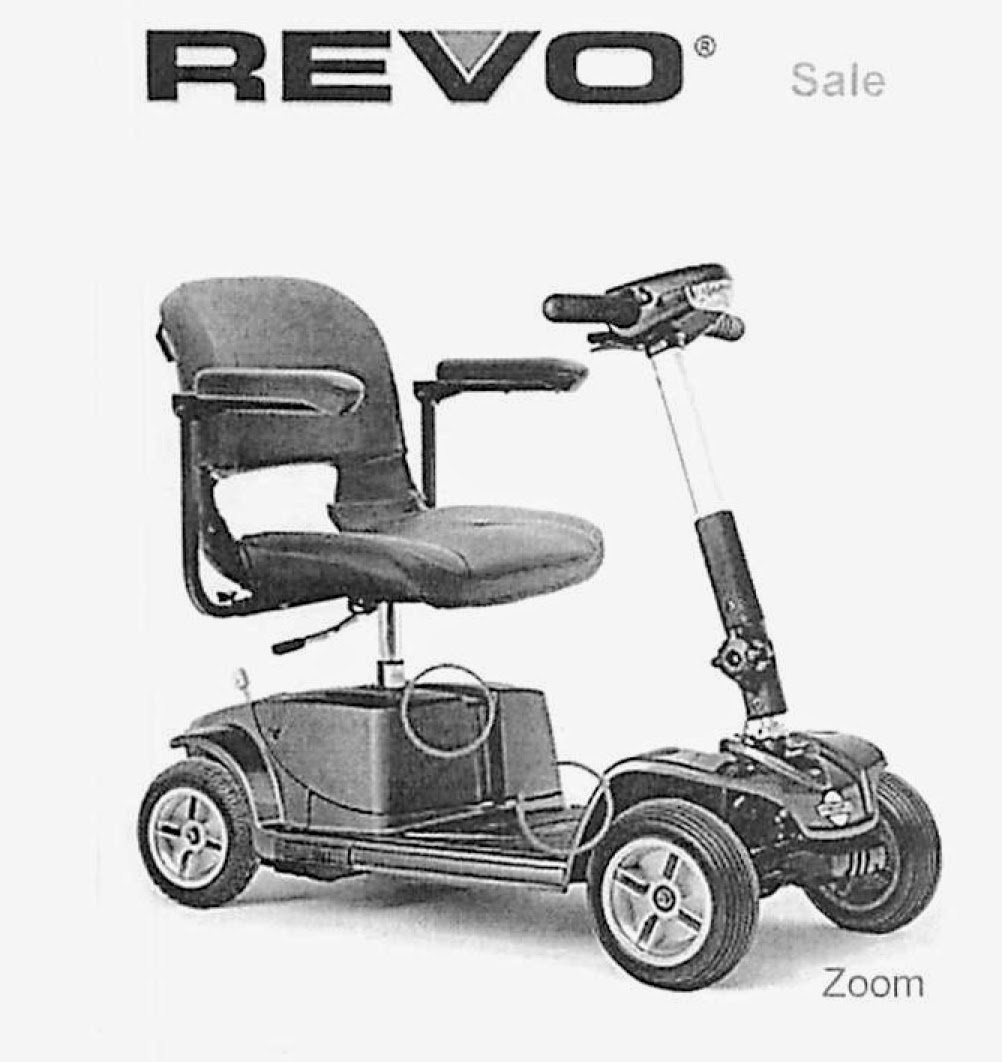 Just over a month later, on May 19, the Douds were again at the Reno Airport and again encountered Yellow 132, still driven by Mohammed Parvez, who again refused to take the Douds, this time saying it was “against the law,” despite Melodie’s assurance that her scooter would fit into the taxi.  The scooter breaks down into five pieces, the heaviest of which weighs 50 pounds.  (The picture of the scooter here is from a manufacturer’s document filed with the court.)  James Doud then called a supervisor at Yellow Cab Co., Mukesh Sharma, who agreed to pick up the Douds.  The Douds also called the airport parking authority and the airport police, and the police found a taxi for them, though the Douds chose to ride in Sharma’s taxi when it arrived.

The Douds described these experiences as “humiliating, discouraging, demoralizing, and maddening.”  On May 21, 2013, the Douds filed a complaint with the Nevada Transportation Authority, which determined that Yellow Cab had violated Nevada Revised Statutes 706.361, which provides that persons with disabilities are entitle to full and equal enjoyment of facilities of public transportation, which applies to “any common motor carrier of passengers.”  Yellow Cab appealed the decision.

The federal district court for the district of Nevada determined that a preliminary injunction was appropriate because the Douds were likely to succeed on a claim under the Americans with Disabilities Act, they would likely suffer harm unless the cab company’s refusal to serve them was stopped, the injunction would not burden the cab company, and issuing an injunction requiring the company to accept disabled passengers would be in the public interest.

Yellow Cab argued that it had offered the Douds a reasonable accommodation by asking them to ride in vehicles equipped for disabled passengers who use motorized scooters.  The company had a practice of referring disabled customers to a sister company, Reno Sparks, which has wheelchair-adapted vehicles that can transport the entire scooter with the passenger, without any need for disassembly.  The court noted, however, that making Yellow Cab accept disassembled scooters placed no undue financial or administrative burden on the cab company.  Also, James Doud could lift each piece of the disassembled scooter by himself, so there was no need for Yellow Cab to be concerned about its drivers lifting heavy equipment.

This is not the first time, and is not likely to be the last, that a taxi company has refused to provide services to a customer with a service dog.  In 2003, a dispatcher for the Yellow Cab Drivers Association, Inc., sent a driver to a department store in Salt Lake City.  Upon being pointed by store employees towards a blind woman with the guide dog, the driver turned and left (DOJ Complaint 202-77-34).  Responding to the woman’s complaint, the Department of Justice stated that Yellow Cab is in the business of providing transportation services to members of the public and is covered by Title III of the ADA (42 U.S.C. 12181(10) and 28 CFR 36.104.

As part of the settlement, Yellow Cab agreed to distribute a car window decal to all drivers in size 12 or larger, to be placed on every cab, welcoming persons with service animals.  The decal was to be on cabs "purchased, leased, or operated" by Yellow Cab.  All drivers and dispatchers had to take an ADA training program, and all future hires had to be trained concerning passengers with disabilities within 30 days of starting to work for Yellow Cab.  Yellow Cab also agreed that the Department of Justice could perform unannounced testing.  The woman who complained received 25 free fare certificates.

The case is likely to continue.  James Doud alleged that he lost his job with Yellow Cab in retaliation for filing the complaint against the company he worked for.  That sort of retaliation could lead to substantial penalties if established.  Doud v. Yellow Cab Company of Reno, Inc., Case No. 3:13-cv-00664-MMD-WGC, 2014 US Dist LEXIS 120243 (August 28, 2014). (See Service and Therapy Dogs in American Society, pp. 155-157.)

As one who was a long-time resident of New York City, where cabbies cruise for fares but, particularly at rush hours, only stop for passengers likely to be going short distances who don’t have luggage, it must be said that an injunction like this would have little effect at any location other than a taxi stand.  Even there, I could be passed to the second or third cabbie in the line just because I was not wearing a suit and tie on a given day.  “I’m going out on a call in a minute.”  “I’ve got to stop for gas if we’re going any further than midtown.”  An injunction would do no more than assure that certain excuses were not used.  Still, the fact that rights are not always enforceable does not mean that they do not exist.

Thanks to Leigh Anne Novak for valuable suggestions.
Posted by John Ensminger at 8:13 AM