Should a Bomb Dog's 'Interest' Give Probable Cause to Search A Car Near Protests at an International Conference? 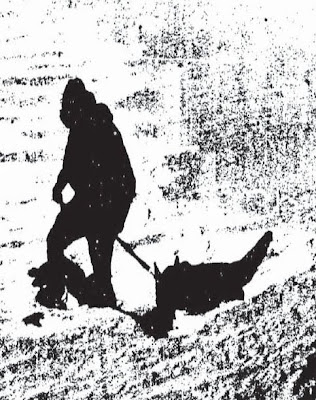 In November 2003, 34 nations gathered in Miami for a summit of the Free Trade Area of the Americas (FTAA). Expecting mass demonstrations, the Miami Police Department (MPD) closed roads and businesses and solicited the assistance of dozens of other law enforcement agencies. MPD had reason to worry. Two years before an FTAA summit in Quebec had resulted in injuries to 101 police officers. MPD had received over 30 bomb threats related to the summit.

On November 19, 2003, David Lippman, a freelance reporter, parked his Nissan pickup in a parking garage at 190 Northeast Third Street near a concentration of government buildings. The police regarded the location as a potential bomb target. An explosives detection dog showed interest in the vehicle without performing a full alert. A sergeant in the bomb squad team decided that in light of the high security environment for the FTAA event, probable cause and exigent circumstances justified a search of the vehicle. An FBI robot was used and an explosives detection expert also put on an 80 lb. protective bomb suit to assist in the search. No bombs or improvised explosives devices were found and an all-clear announcement was made.

Lippman’s vehicle was suspected because Lippman had been seen running from it and then hailing a taxi. Lippman later explained that he was trying to get to a particular FTAA panel discussion that was about to begin. The federal district court determined that there was no arguable probable cause to search the vehicle and no emergency justifying searching the vehicle without a warrant.

“As a matter of law, the Court finds that it is not reasonable for an officer to conclude that a K-9 unit showing interest in a vehicle is equivalent to an alert by a trained dog. To begin, the caselaw holds that an alert is the trained response by a dog when confronted with the presence of the target odor, whereas an interest is a lesser behavior change.” See, e.g. U.S. v. Jacobs, 986 F.2d 1231 (8th Cir. 1993). The court said that a behavior change, such as showing interest, might be combined with other evidence to provide probable cause, citing U.S. v. Munoz-Nava, 524 F.3d 1137 (10th Cir. 2008) (defendant wearing overly large boots which bulged added to drug dog’s interest to provide probable cause to detain). Here, the only evidence the police had to add to the dog’s interest were general concerns about the FTAA summit, and the fact Lippman had an unrelated criminal history.

The court relied on law from drug dog cases in reaching its conclusion. A policy question might be asked as to whether there could be a different probable cause threshold when a bomb dog shows interest as opposed to a drug dog. Airline luggage that is checked is to be screened by an explosive detection system or other technology, by a manual search, by a bag-match program, or by a canine explosive detection unit “in combination with other means.” 49 U.S.C. 44901(e). No such legislative requirement exists for screening luggage for narcotics.

Explosives detection dogs are expected to meet rigorous standards (often 95% proficiency as compared to 90% for narcotics detection), yet are also expected to work in very difficult environments. The grainy photograph shows one of the first experimental bomb dogs being trained in the snow in Minnesota in 1972. I would hate to be in charge of a police unit when thousands of lives are at stake and a dog’s behavior is unclear. A drug dog trainer once told me, “Sometimes you just wish the damn dog would make up his mind.” Most detection dog handlers probably feel the same way from time to time.

Addendum. I've received several emails criticizing this post for (1) not answering the question posed by the title, and (2) suggesting the answer is that some lower probable cause threshold should apply to explosives detection dogs than applies to narcotics detection dogs. I admit to these failings. I do not believe there should be a different threshold for explosives detection, though I think an argument can be made that reliance on a dog's behavior can vary depending on factual circumstances, as the court acknowledged. That said, if I were a police supervisor in the situation that arose here, barely two years post 9/11, and I had any suspicion that the dog's interest was due to careful packaging of the explosives, I would probably open the car and hope that immunity would limit the liability on my employer, my staff, and last and least, myself. A headline reading "Police Suspected Bomb Laden Car but Feared Violating Owner's Rights" would not be the sort of clipping posted proudly on the lunchroom wall.
Posted by John Ensminger at 5:29 PM