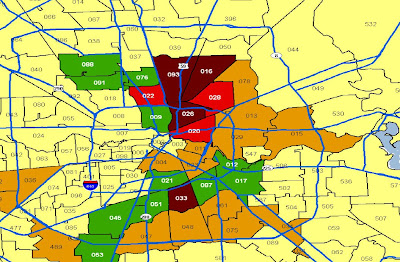 Those of us with pets have fleeting fears about pounds. At least I do. What if my dog got loose and was picked up by an animal control official somewhere and taken to a pound. She has a chip but a recent check found that it had moved from the back of her neck, where it was originally implanted, to a position above her right foreleg. It took the vet five minutes to find it. Would an animal control officer spend the time necessary to find the chip, assuming that a scan is standard procedure? The thought of Chloe dying in a chamber of other animals breathing a deadly gas would haunt me for the rest of my life. This happens. A story from Chicago about four dogs mistakenly put down has made some news recently.

A trial in Alaska concerned a family, the Richardsons, who lost their dog, Wizzard. The Robinsons called the pound and were told Wizzard was there. They said they would pick the dog up but because of work they could not get to the pound until just before closing. By the time they arrived, the dog had been killed because the pound staff had put Wizzard in with the animals being exterminated that day. The Richardsons sued.

The pound was run by the Borough of North Star, Alaska, which admitted that it had made a mistake in killing the dog after less than two days. Their procedures required that they wait three days. The Richardsons rejected an offer of $2,000 from the Borough before the trial. The jury awarded $300, but with costs and attorney’s fees added by the judge the Richardsons received $3,763. They appealed, arguing that they were entitled to damages for emotional pain and suffering and punitive damages. The court was willing to accept that there could be damages for intentionally or recklessly causing emotional distress, but the trial judge had determined that the Richardsons’ emotional distress did not warrant a claim for intentional infliction. Perhaps they didn’t cry enough. Tears work better on juries and judges than anger. The appellate court declined to reverse, saying that statutory authority would be necessary to award punitive damages. There was no statute giving courts such authority in Alaska. The Richardsons had to settle for what they got. Richardson v. Fairbanks North Star Borough, 705 P.2d 454 (Sup.Ct. 1985).

Cases seldom pierce the veil of what actually happens in pounds, but one 2006 decision did. If descriptions of animal cruelty disturb you, stop reading now.

Dr. Samuel Levingston was a senior veterinarian of the Bureau of Animal Regulation and Care (BARC) in Houston, Texas. He held this position from 1992 to 2000. BARC runs Houston’s pound and takes in 28,000 to 30,000 animals each year, about 25,000 of which are euthanized. Levingston testified as to many things that happened during his tenure with BARC. When air conditioners in BARC trucks failed, animals would arrive at the pound heated, exhausted, and sometimes dead. BARC kennel attendants held dogs in a dip tank with their heads under water “to teach them a lesson.” They threw dogs off BARC trucks onto a concrete floor, breaking bones. They pitched puppies like basketballs from trucks to a holding pen, also with a concrete floor. Some attendants washed newborn puppies down a sewer line. Attendants put cats in burlap sacks to throw them under the back wheels of the trucks. Levingston did not see the last thing happen, but at least six times he saw burlap bags containing animals with crushed skulls, bones, and legs. Animals scheduled to be euthanized were sometimes not fed or fed little because employees thought it was a waste of food.

Levingston sued. The jury apparently found that Levingston’s complaints about BARC were the real reason for his termination and awarded him $1,241,500. This was modified to $1,173,904 by the trial court, and modified slightly again by the appellate court. The appellate court concluded that Levingston presented ample evidence from which the jury could conclude that the city’s claim about the Rottweiler and other reasons given for dismissing Levingston were no more than pretexts for getting rid of a whistleblower.

The picture painted in the court’s opinion is one of a city administration that did not want to be bothered by what its employees were doing. Most dogs and cats brought to the facility were killed. Only a small portion survived. People must be hired to do the killing. If 25,000 animals are euthanized annually in Houston, about 100 are to be terminated on the average business day. Getting people who will do this cannot be easy. Getting in their way will not be useful. I am sure that I am wronging someone with such remarks but I think it must be asked whether BARC was an exception or the tip of the iceberg that forced its way into judicial and to a degree public consciousness because of a veterinarian who did not keep silent. City of Houston v. Levingston, DVM, 221 S.W.3d 204 (Tex.App.-1st Dist. 2006).

Go to the website of Houston’s BARC. It is all about saving animals, as it should be. I searched it for any evidence about what the agency does with 80% or more of the animals that come into its custody. The only reference was inside the laws, which provide that a dog in the pound can, after six days, “be offered for adoption or euthanized at the discretion of the health officer.” At least that’s longer than the Borough of North Star, Alaska. A map from BARC’s website, a portion of which is reproduced here, shows downtown Houston by zip code. Yellow zip codes had less than 300 stray dogs from 2003 to 2009, orange between 301 and 600, green between 601 and 900, red between 901 and 1,200, and the four maroon sections had up to 1,500 stray dogs in that period. Much of Houston is not shown, but what is not are zip codes in the under 300 range. This is where the animals come from. If the pounds are nightmares, we make those nightmares by turning loose animals we can no longer care for, leaving unwanted puppies in parks, by dog fighters leaving the dogs that lose fights in the neighborhoods of rival gangs, on and on. Several million animals are killed each year in the United States in pounds.

In the situation that arose in Chicago where four dogs were put down by mistake, the Executive Director of the Animal Care and Control Department, according to one news report, did not know how many of the 24,000 dogs taken in annually by Chicago are put down. In such a position I would prefer not to think about it either, but not knowing does not make it go away.

Addendum. As noted in the very useful comment below, BARC is not the only kill shelter in the Houston area. Bett Sundermeyer, the author of the comment, gives additional sites regarding shelter policy issues.
Posted by John Ensminger at 9:01 PM