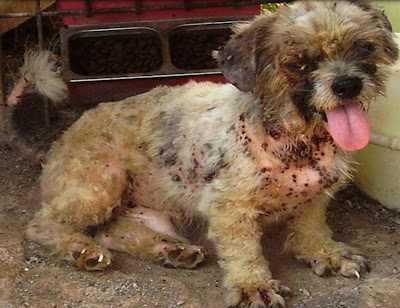 Video of Animal Rights Discussion: At an appearance at the Ford Hall Forum, I discussed some difficult issues regarding animal rights.

The USDA Inspector General’s 2010 Report on USDA inspections of large-scale dog dealers found that some large breeders were circumventing the Animal Welfare Act by selling animals over the internet. Inspections of large-scale dealers are conducted by the Animal and Plant Health Inspection Service’s (APHIS) Animal Care unit which, despite finding a high level of repeat violations, often took no action at all. APHIS was found by the Inspector General to have “continued to assess minimal penalties that did not deter violators.” APHIS auditors may have gotten too close to some of those they audit in that they “(1) inconsistently counted violations; (2) applied ‘good faith’ reductions without merit; (3) allowed a ‘no history of violations’ reduction when the violators had a prior history; and (4) arbitrarily changed the gravity of some violations and the business size.”

Congress passed the Laboratory Animal Welfare Act, PL 89-544, in 1966, which was amended and renamed the Animal Welfare Act in 1970 (PL 91-579). Additional amendments were passed in 1976, 1985, 1990, 2002, and 2008, and the Inspector General’s 2010 Report resulted in additional legislative proposals. The Act is enforced by the Animal Care unit of APHIS, which has 99 inspectors, a budget of $21 million, and conducts over 15,000 inspections per year. Inspectors of the Animal Care unit use the Dealer Inspection Guide. The Animal Care unit can take remedial action against a violator by assessing a fine, suspending or revoking a license, or pursuing penalties. Under 7 U.S.C. 2149 , violators can be subject to civil and criminal penalties, with the possibility of imprisonment of up to one year. Employees of the USDA’s APHIS Animal Care Unit may also notify state and local officials of violations, who may pursue animal cruelty charges, even at the felony level, against violators.

That the system is not working can be demonstrated from figures in the Inspector General’s 2010 report. During a three-year period (2006-2008), the Animal Care unit inspected 8,289 licensed dealers and found that 5,261 violated the Animal Welfare Act. On re-inspection, 2,416 of 4,240 violators were found to have repeatedly violated the Act. The Inspector General found virtually no enforcement actions for first-time violators, no action taken against more than half of repeat violators, application of lenient options even when guidelines recommended more serious enforcement actions, and failure to confiscate animals that were suffering and even dying. This culture of administrative leniency and ineptitude apparently began with the rose-tinted beliefs of administrators in the Animal Care unit that educating dealers would lead to long-term compliance. The agency provided seminars, but attendance was not required of dealers. 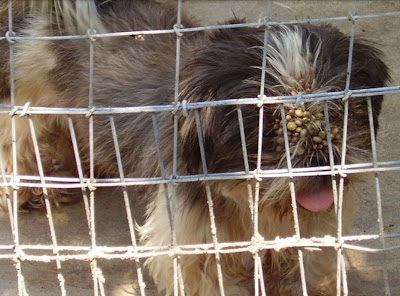 The Inspector General's Report has pictures of dogs that turns one stomach, yet where little or no action was taken by APHIS. The pictures of the tick-infested dogs here were taken at a facility in Oklahoma that had 96 dogs, many of which were infested by ticks. The inspector had reported the dogs might be anemic but cited the ticks as an indirect violation (i.e., not affecting the animal’s health). When a staff member of the Inspector General approached the dog it did not move. The Animal Control unit could not explain why no enforcement action was taken. When the Inspector General’s staff requested treatment records regarding tick-infested dogs to see if they had subsequently received appropriate care, the assigned inspector said that she could not require the records from the dealer because the Animal Care unit “cannot enforce policy” and the regulations do not require breeders to keep records. The Inspector General acknowledged that treatment records are not mentioned in the Animal Welfare Act or regulations, but that adequate veterinary care is required, which in turn means that records should be kept. The Inspector General found a consistent lack of documentation by the Animal Care unit. The third picture was taken at the facility of another breeder, who admitted the dog had been in this condition for seven days. The dog had to be euthanized.

The Inspector General recommended that APHIS change its Dealer Inspection Guide to allow immediate confiscation. APHIS agreed with the intent of this recommendation, but believed that its current guidance provided such authority. Yet the part of the Dealer Inspection Guide dealing with Confiscation Procedures still provides criteria that require notification of the dealer and a chance to rectify a condition. APHIS appears to be an highly industry-friendly enforcement agency.

As with so many other businesses, the internet has provided a way for puppy mills to avoid regulation. This occurs because the Animal Welfare Act excludes retail pet stores from the definition of “dealer” (7 U.S.C. 2132(f), 9 CFR 1.1). Internet sales are made directly to customers and, therefore, qualify as retail pet stores. The Inspector General made a strong argument that internet sellers should not be subject to the retail pet store exception, and noted that internet sellers are becoming quite large, with one breeder in Iowa having over 140 breeding dogs. Since such breeders are not inspected, the complaints come not from inspections but from consumers who receive sick dogs. The Inspector General recommended that APHIS seek legislative authority to regulate such dealers, which led to the proposal of the Puppy Uniform Protection and Safety Act. 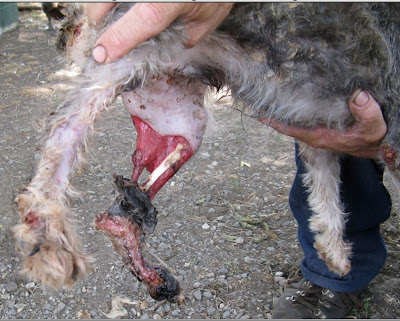 The lead in drafting the Puppy Act was taken in the House of Representatives by Sam Farr of California and in the Senate by Dick Durbin of Illinois. The proposed legislation would require USDA licensing of “high volume retail breeders,” which are breeders who have “an ownership in or custody of one or more breeding female dogs” and sell, via the internet, telephone, or newspaper, “more than 50 of the offspring of such breeding female dogs for use as pets in any 1-year period.” (S.3424 and H.R. 5434) The Senate bill acquired 19 cosponsors and was referred to the agriculture committee. The House bill gathered 150 cosponsors but also went into committee limbo. No legislative developments are listed for the bills after June 2010, nor does the Thomas government website list any legislation with "puppy" as having been introduced in the current Congress. This is unfortunate, given that the legislation is simple, straightforward, and could be easily implemented (that is, assuming that the Animal Care unit decides to do its job).

Change.org reported on January 21, 2011, that eBay, which had initially declined to allow puppy mills access to its services, has been allowing classified ads from puppy mill operators. Efforts to increase state enforcement, such as in Ohio have also languished. State puppy mill legislative efforts have unfortunately been impeded by some politicians, though voters in Missouri recently approved a ballot initiative requiring necessary veterinary care despite such opposition. The fact that such a measure passed in a state with a significant dog breeding industry, some of which is opposed to regulation, indicates that voters believe that someone in government should be watching puppy mills and taking action where necessary.

Although the USDA has promised that the Animal Care unit will mend its ways, federal legislation appears to be necessary to deal with the expanding internet trade, and the ability of internet sellers to operate outside of the regulatory structure, such as it is. Once more, human foolishness means that animals suffer.

Addendum. The anti-puppy mill legislation has been reintroduced by Senator Durbin (S.707) and Representative Gerlach (H.R. 835). Both bills are in committee. With anti-regulatory sympathies in Congress high, they are likely to remain there.
Posted by John Ensminger at 2:15 PM