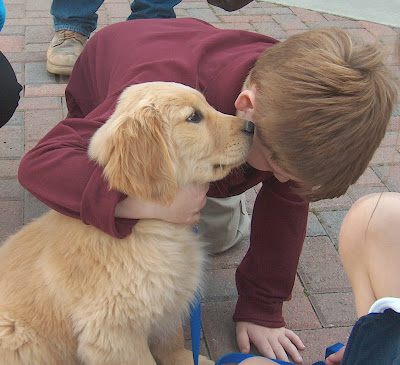 The definition of service animal in the regulations issued by the Department of Justice under the Americans with Disabilities Act has been changed by replacing one word, “handler,” with “individual.” The change, printed in the Federal Register of March 11, 2011, is labeled a correction, obviating the need for any review process. Thus, the most broadly applicable definition of “service animal” in the United States now reads as follows:

"Service animal means any dog that is individually trained to do work or perform tasks for the benefit of an individual with a disability, including a physical, sensory, psychiatric, intellectual, or other mental disability. Other species of animals, whether wild or domestic, trained or untrained, are not service animals for the purposes of this definition. The work or tasks performed by a service animal must be directly related to the individual’s disability. Examples of work or tasks include, but are not limited to, assisting individuals who are blind or have low vision with navigation and other tasks, alerting individuals who are deaf or hard of hearing to the presence of people or sounds, providing non-violent protection or rescue work, pulling a wheelchair, assisting an individual during a seizure, alerting individuals to the presence of allergens, retrieving items such as medicine or the telephone, providing physical support and assistance with balance and stability to individuals with mobility disabilities, and helping persons with psychiatric and neurological disabilities by preventing or interrupting impulsive or destructive behaviors. The crime deterrent effects of an animal’s presence and the provision of emotional support, well-being, comfort, or companionship do not constitute work or tasks for the purposes of this definition." 28 CFR 35.104 and 36.104

The change was made, according to the Department of Justice, because “a service animal is not always controlled by the individual with a disability.” This adjustment in terminology has also been made throughout the preamble to the regulations, included as Appendix A to Part 36. Since the final rules are effective March 15, there was no need to make the change retroactive.

It appears likely that the modification is a recognition that autism service dogs are often trained to work with autistic children but not to obey commands they may give. The handler of the dog is not the child but usually a parent, although the commands relate to the child's condition. School personnel may also become involved in training and thus be able to give some commands to an autism service dog. The fact the child is not the handler has figured in disputes concerning whether such dogs are really service dogs. See K.D. v. Villa Grove Community Unit School District No. 32 Board of Education, 936 N.E.2d 690 (Ill. App. 2010); Kalbfleisch v. Columbia Community Unit School No. 4, 396 Ill.App.3d 1105, 920 N.E.2d 651, 336 Ill.Dec. 442, 252 Ed. Law Rep. 918 (2009).

K.D. and Kalbfleisch were suits between parents and school authorities, however, and the parents won. The resolution of a case with direct involvement of the Civil Rights Division of the Department of Justice was announced on March 7 by DOJ. DOJ said it had been investigating the Hillsboro, Oregon, school district, which eventually responded to pressure from the federal agency:

"The Justice Department announced today that the Hillsboro, Oregon, School District will allow Jordan “Scooter” Givens to bring his trained autism service dog into his classroom in the Hillsboro School District. The highly trained service dog, Madison, provides critical assistance to Scooter, recognizing when he is about to engage in behavior that might endanger him, and distracting him to obstruct this type of behavior. For nearly three years, Scooter’s parents’ efforts to get permission for Scooter to bring Madison to school had been rebuffed. After U.S. Attorney Dwight Holton and a senior attorney from the Civil Rights Division met in late January with the superintendent of the Hillsboro School District regarding the failure to accommodate the Givens’ request, the school district announced last Friday that it would allow Scooter to be accompanied by the service dog for a trial period."

The Justice Department was brought into the case by Joel Greenberg, an attorney with Disability Rights Oregon. Although courts had taken Justice’s position even without the adjusted terminology, the revised definition may help avoid disputes in the future.

Thanks to Patty Dobbs Gross of North Star Foundation for providing the picture, which shows an autistic boy meeting his service dog for the first time.
Posted by John Ensminger at 4:21 PM