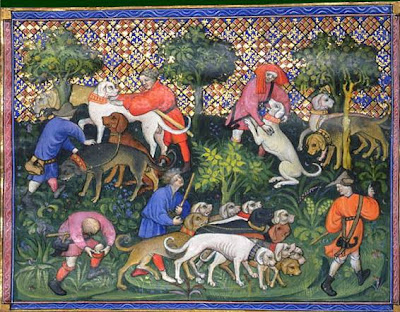 When Oliver Wendell Holmes wrote in The Common Law that “even a dog distinguishes between being stumbled over and being kicked,” I believe he was thinking of eye contact between humans and dogs. A few mornings ago I tripped over Chloe because she was in an unusual place for her. She looked up at me to assure herself that my clumsiness was accidental, that everything was all right. Or so I imagine. A scientist would argue that I could not interpret Chloe’s look, but there is something so elemental, even ancient, in our relationship with dogs that we do not hesitate to say that we understand each other.

Gesture research by animal behaviorists has confirmed aspects of this. Dr. Sophia Yin, whose research on barking I cited in Service and Therapy Dogs in American Society, recently posted a blog in which she tested her own dogs in a pointing gesture study. She found that most of the time, in a two-choice test, dogs went to the food bowl she was pointing at. Pointing with a hand extended beyond the body was most successful, and though the dogs did not perform as well as two- and three- year-old children, they did perform much better than chance would dictate (somewhere between 65% and 80%, depending on the obviousness of the gesture).

Communication between dogs and humans is one of the themes running through the plates in the hunting book by Gaston Phoebus (1331-1391). The illustrated edition of Le Livre de Chasse, published around 1405, has wonderful miniatures depicting various stages of the hunt. The first plates show the animals in their communities, without human interference. The young play while others eat and mothers nurse their young. Wild boars, deer, foxes. Only the culture of the wolves is presented unsympathetically, most of them dripping blood as they eat one thing or another. The plates move through the stages of the hunt, from gathering the hounds, making the nets, putting dogs on the trail, the horsemen running ahead to be ready when the dogs drive the prey to them, the capture and kill, and the feast at the end. Every plate is a gem.

The plate reproduced here shows a handler in the lower right (in orange) encouraging a group of dogs to follow the direction of his hand. He expects them to understand this gesture, and and it is easy to imagine him talking to the more attentive members of the pack. Even six hundred years ago we could not help this, probably not even 10,000 years ago. Neither can they.

Additional Note. The quote from Holmes also caught the attention of Harold J. Berman in Faith and Order: The Reconciliation of Law and Religion (Eerdmans, Cambridge, UK, 2000), p. 10. Berman wrote:

"Justice Holmes once wrote that even a dog knows the difference between being stumbled over and being kicked. We would add that even a dog becomes upset if his master rewards him one minute and punishes him the next for the same thing."

While I regard Berman as one of the great thinkers of the twentieth century--too much overlooked in many debates--I believe his observation is not nearly as precise as that of Holmes. Anyone who has taught a basic obedience class knows that many, probably most, masters are inconsistent in doling out rewards and punishments, rarely seeing that they are sending mixed signals to their dogs. The dogs will be confused, and will not know what is expected, but in the end will respond, if at all, in the way that seems most likely to get a reward or avoid a punishment. It is doubtful that they contemplate the whole situation from a point of wondering what is just or unjust. Berman did not see that Holmes was describing an immediate eye contact phenomenon, not a rudimentary concept of justice in the dog's mind. The dog is looking for signals, as dogs have since the beginning of domestication, not attempting to enter a dialogue about rights and wrongs in the domesticated state. I suspect in the end that Holmes' experience with gun dogs had given him a solid sense of how dogs react to our movements.
Posted by John Ensminger at 10:17 AM