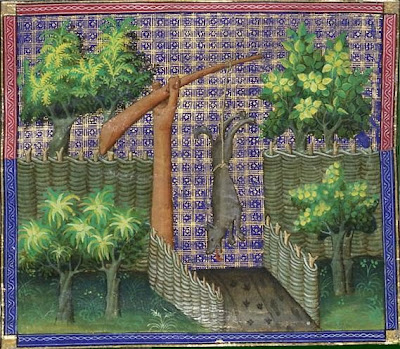 The U.S. Fish and Wildlife Service has proposed to substantially reduce North American wolf protection by declaring all or parts of 29 eastern states as not being in the historical range of the gray wolf, thereby removing those areas from the application of the Endangered Species Act as to gray wolves.

The Fish and Wildlife Service is not saying that there are no wolves in those 29 states, or that they are no longer endangered, but is rather determining that the wolves that belong in those areas are not, and never were, gray wolves (except where gray wolf populations have spread beyond their historical range). The wolves in those areas are now to be denominated eastern wolves or eastern timber wolves.

Rather than automatically allowing eastern wolves to pick up the protection previously given to the mistakenly denominated gray wolves in the areas, the agency has decided to spend some time studying the issue before giving any protection to eastern wolves. While it must be hoped that study will lead to action, it is by no means certain that the federal government really has the well-being of wolves, gray, eastern, or otherwise, as its primary goal. There are indications that the Fish and Wildlife Service has been compromising protection of wolves in an effort to placate politicians who would delist gray wolves almost everywhere (but certainly in their own districts).

This rather facile way of disenfranchising so many wolf populations is made possible through the Fish and Wildlife Service's acceptance of the conclusion of some scientists that Canis lupus lycaon, the eastern wolf, should no longer be a subspecies of the gray wolf, but should now be treated as a separate species, Canis lycaon. The two categories interbreed, resulting of mixed populations that include hybrids. Though not all scientists agree, there is genomic evidence for the distinction the Fish and Wildlife Service is now making. See Wilson et al.(2003). The Service says that it will evaluate this species for possible protection under the Endangered Species Act “in the near future.”

States and tribes may also protect wolves, but the mood in most states is not to protect wolves but to hunt them, though some tribes are much more charitable to our ancient shadow. The wolves might well ask why we don’t stay in our historical range and stop pushing them out of theirs. Road density has been found to be inversely correlated with the density of wolf populations. See Mech et al. (1988). If roads become dense enough, wolves disappear. Human population growth is a great enemy of wildlife outside of zoos.

There is a long history to this, the early stages of which the Fish and Wildlife Service summarizes as follows:

“European settlers in the Midwest attempted to eliminate the wolf entirely in earlier times, and the U.S. Congress passed a wolf bounty that covered the Northwest Territories in 1817. Bounties on wolves subsequently became the norm for States across the species’ range. In Michigan, an 1838 wolf bounty became the ninth law passed by the First Michigan Legislature; this bounty remained in place until 1960. A Wisconsin bounty was instituted in 1865 and was repealed about the time wolves were extirpated from the State in 1957. Minnesota maintained a wolf bounty until 1965.”

The plate above, from the early 15th century book on hunting by Gaston Phoebus, shows a way of trapping wolves used in the middle ages. Variations of such horrors are used even now.

Illegally shooting and trapping wolves continues, but the Fish and Wildlife Service notes that because such killings “generally occur in remote locations and the evidence is easily concealed, we lack reliable estimates of annual rates of intentional killings.” In the Agassiz National Wildlife Refuge in Minnesota, there were around 20 wolves before managed and illegal shootings reduced the number to six in 1999. This has grown to between 10 and 12 in recent years. In Wisconsin, the percentage of wolf mortality attributable to illegal killing varies considerably from year to year. In 2006, illegal killing accounted for 67% of all mortality, only 19% in 2007, 23% in 2008, 62% in 2009, and 38% in 2010.

The Fish and Wildlife Service has gathered federal, state, and tribal representatives to review overall wolf strategy with a view to (in the Service’s own words):

The first of these policy objectives is good for the wolves but, one way or another, the remaining ones amount to bureaucratic fudging, which no wolf should trust. An exception involves tribal management. The Service describes protective efforts and policies of tribes, nations, and regional subgroups, including the Ojibwe (Chippewa), Odawa, Ho-Chunk, Menominee, the Keweenaw Bay Community (a band of the Chippewa), and others.

Just because the Fish and Wildlife Service wants to cut loose the eastern wolf (even if only temporarily), this does not mean that it will succeed. Certain groups, such as Defenders of Wildlife, the National Wildlife Federation, and the Humane Society of the United States, have taken on the Department of Interior’s attempt to delist wolves before, and have sometimes won. In Humane Society of the U.S. v. Kempthorne, for instance, the federal district court of the District of Columbia asked how the Service could delist a population within a larger listed group. On this questioning of its authority, the Service became rather defensive and got the Solicitor General of the Department of the Interior to issue a memo in support its authority to revise lists to “reflect recent determinations.” The Service cites this memo as the basis for other actions it has taken towards delisting and will undoubtedly continue to cite it if a lawsuit is brought on its delisting of a large part of the wolf population of the U.S.

One website that continues to follow wolf issues closely is Wolfwatcher.com.
Posted by John Ensminger at 12:51 PM